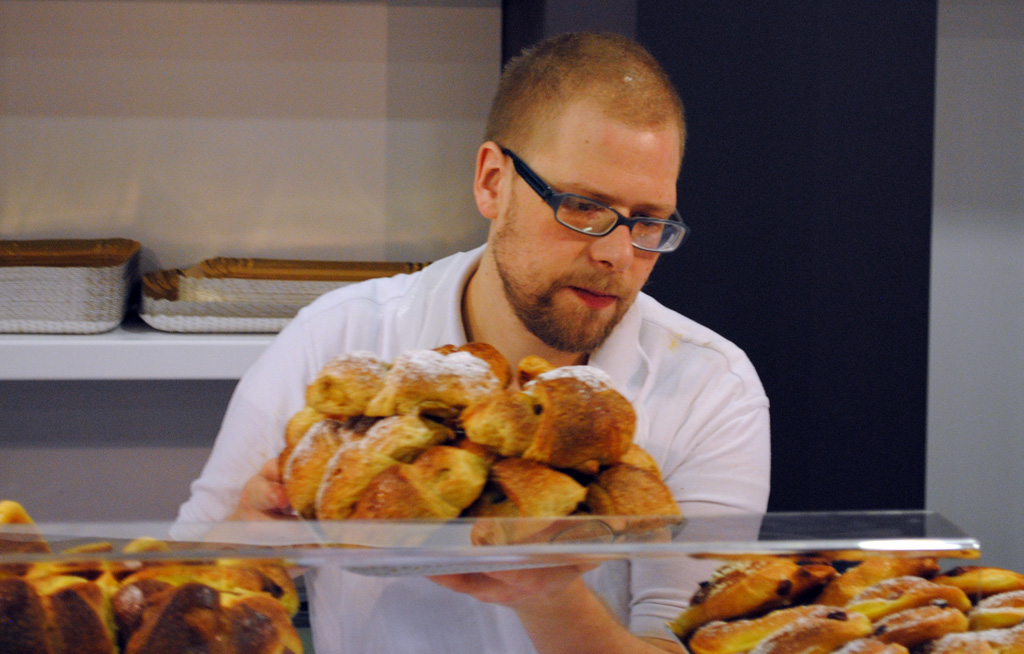 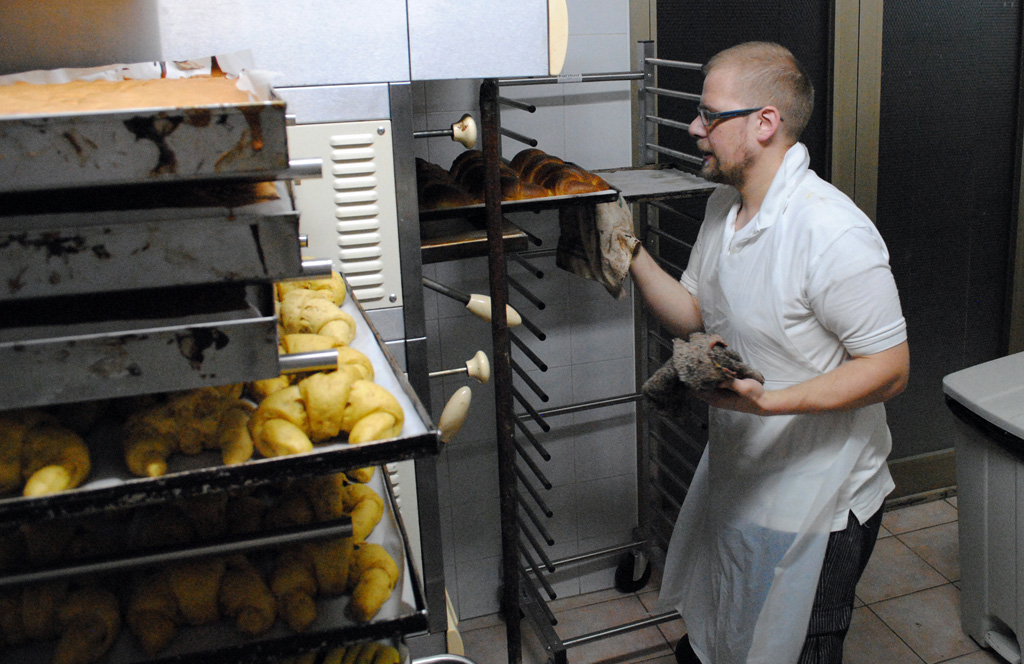 Matteo Marietti, baker at Pasticerria Il Torrione, takes pastries out of the oven. Taken on 5 July, 2013 by Katie Price / Gonzaga in Cagli. 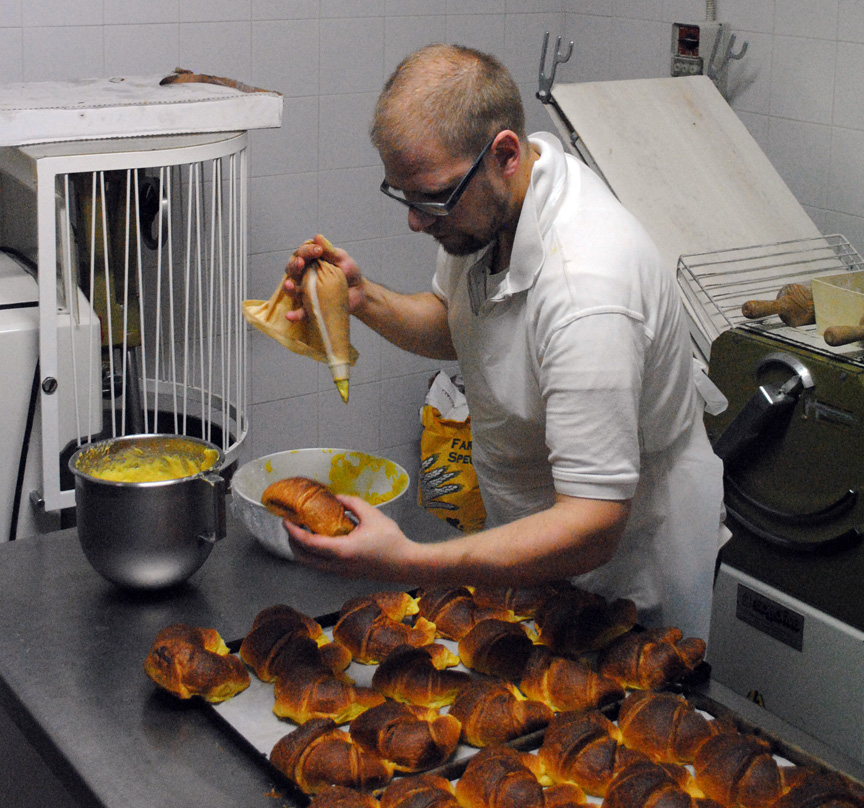 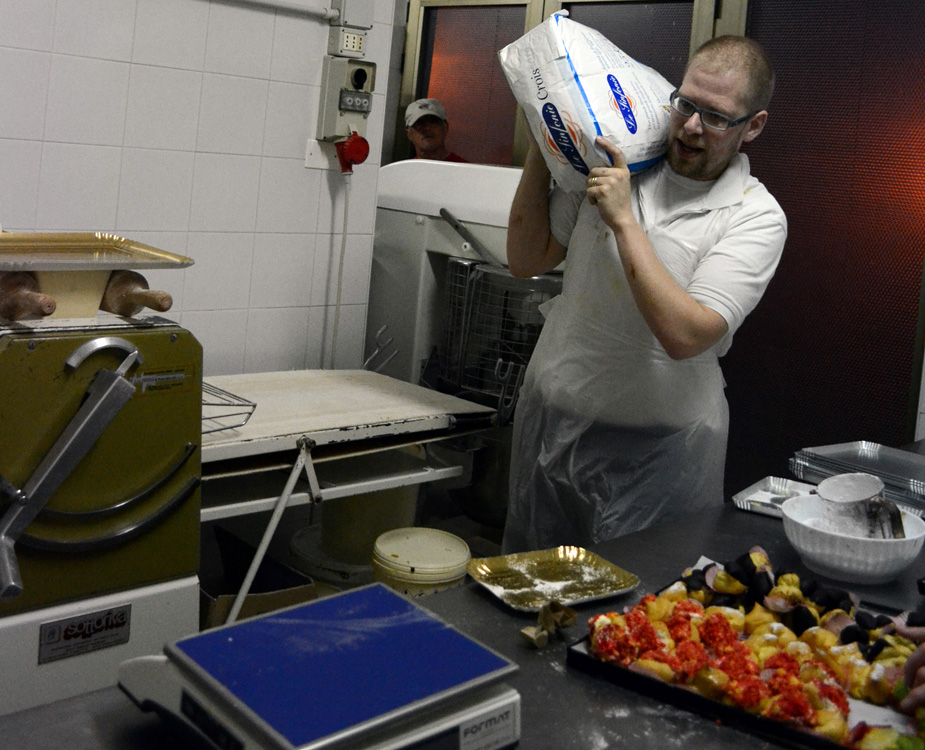 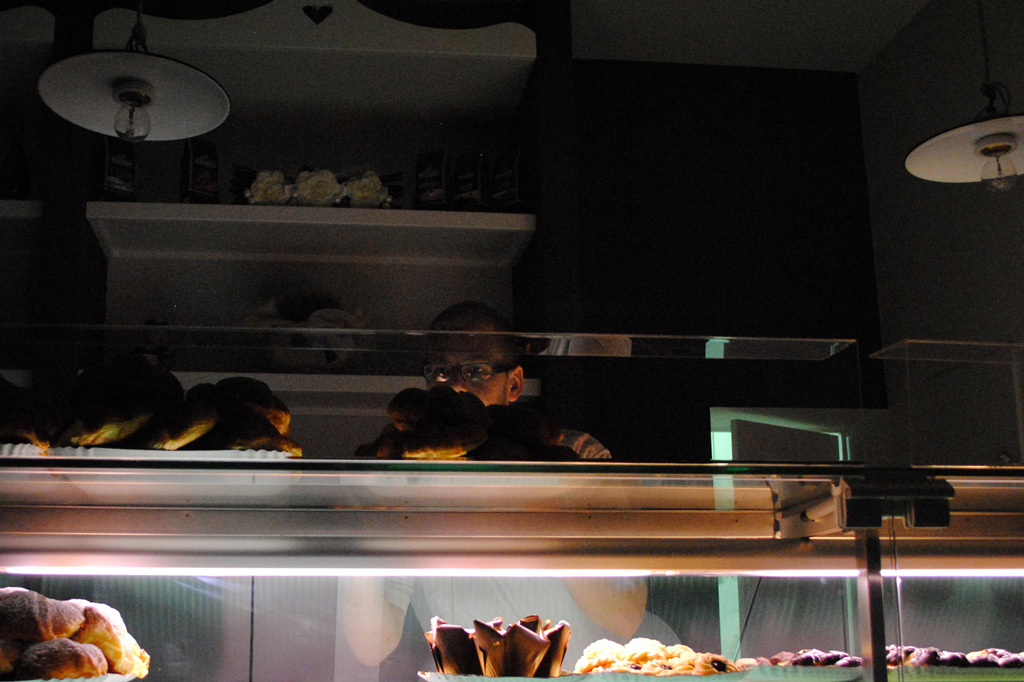 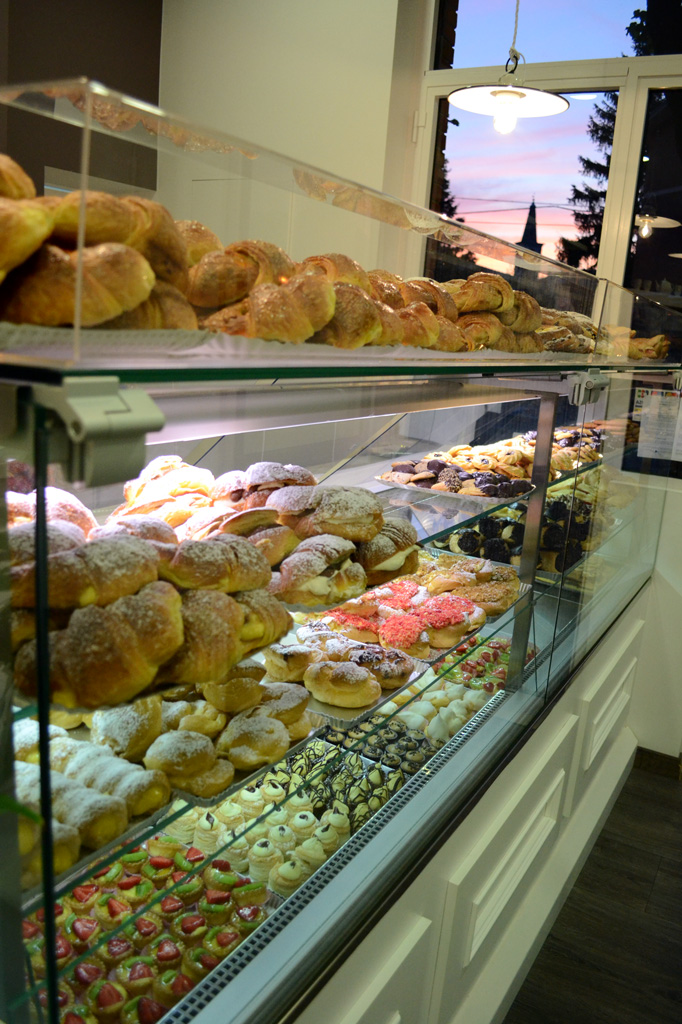 The Cagli Project is a hybrid course that combines classroom instruction, field and lab work, aspects of internship, and practicum courses in a setting unfamiliar to the participating students. Students in the Cagli Project are assigned to teams and work to develop an intercultural narrative.The course modules emphasize skill building in: Interviewing, Storytelling, Photography, Intercultural Communication, Journaling, Italian Language and Culture, and Elements of Web Design.

While in the program students have the unique opportunity to interact in a foreign culture and to acquire practical language skills through immersion. The ability to assimilate quickly and recognize another’s cultural values are indispensable tools for preparing in a career field where globalization and intercultural communication are increasingly important.At the micro level, students will learn how “to read” another culture on its own terms — thereby eliminating cultural bias. At the macro level, students will be ready to become facilitators in the intercultural dialogue that the modern world requires. Students learn how to understand a foreign society by developing ethnographic skills, which facilitate experiencing a place from an insider’s perspective. The students share their immersion experience over a range of topics from economics and health care, to language and culture– through the people of Cagli.

Hidden from tourists among the Appennini Mountains in the Marche region of central Italy, Cagli offers a unique opportunity to explore authentic Italian life. Cagli has a rich history dating back well over 2,000 years. Cagli became part of the Roman Empire in 295 BC and quickly grew in prominence as a vital stop on the ancient Via Flaminia, one of Rome’s earliest and most important roads. After the fall of the Roman Empire, Cagli’s strategic location made it a popular staging ground for battles. In 1287, the city was destroyed by fire in a battle among noble Italian families, but was rebuilt two-years later under orders from Pope Nicholas IV. It was held by various noble families until it was incorporated into the Papal States in the 17th Century, eventually becoming part of unified Italy in 1860.                 Though its history is apparent throughout the town, Cagli boasts a rich modern social scene, summer concerts and festivals, and one of the region’s most beautiful theaters. The town also has a hospital, dentists, a gymnasium, grocery stores, and several outdoor caffès and restaurants. Despite its relative seclusion, Cagli is accessible to most larger cities through the bus depot, which includes service twice daily to Rome, three hours away. Students can take advantage of buses throughout the day to local cities like Gubbio, Urbino, Pesaro, Pergola, Gualdo Tadino, and the beach town of Fano on the Adriatic coast. There may be additional services via transfers to Rimini, Forli, Bologna, Padova, Venice, Assisi, Perugia, Pompeii, and Solerno.                 Cagli is home to over 10,000 citizens, most of whom live outside the main city center. It is a small, quiet town that has many stories to tell.

On the web at: http://www.comune.cagli.ps.it/guide/guide.htm